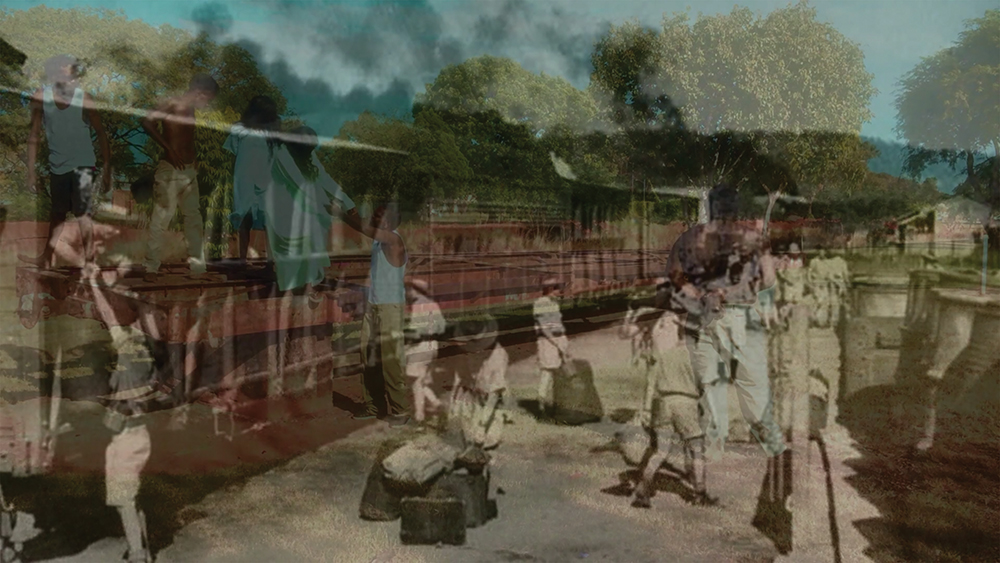 The Karrabing Film Collective is a media group based in Australia’s Northern Territories that uses filmmaking and installation as a form of Indigenous grassroots resistance and self-organization. The collective’s members—predominantly living in the Belyuen community—together create films using an “improvisational realism” that opens a space beyond binaries of the fictional and the documentary, the past and the present. Meaning “low tide” in the Emmiyengal language, karrabing refers to a form of collectivity outside of government-imposed strictures of clanship or land ownership. Shot on handheld cameras and phones, most of Karrabing’s films dramatize and satirize the daily scenarios and obstacles that members face in their various interactions with corporate and state entities. Composing webs of nonlinear narratives that touch on cultural memory, place, and ancestry by freely jumping in time and place, Karrabing exposes and intervenes into the longstanding facets of colonial violence that impact members directly, such as environmental devastation, land restrictions, and economic exploitation..

Elizabeth Povinelli is a critical theorist, filmmaker, and professor of Anthropology at Columbia University. Her critical writing has focused on developing a critical theory of late settler liberalism that would support an anthropology of the otherwise. This potential theory has unfolded across five books, numerous essays, and thirty-five years of collaboration with her Indigenous colleagues in north Australia including, most recently, six films they have created as members of the Karrabing Film Collective.